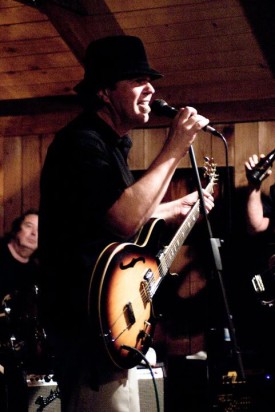 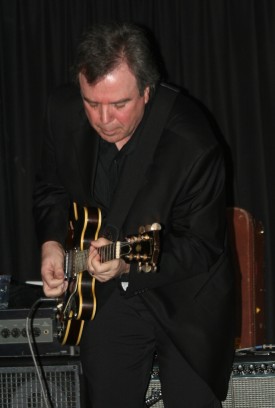 Michael Osborn at the Bill Rhoades 2009 Harmonica Summit in Portland, OR ~ photo by Tony Kutter

Michael Osborn released three recording, “Cold Hearted Girl”, “A Case For The Blues” and “A Background In The Blues” on the Blue Rock’It Records Label and three recordings, “Touch Tone”, “What Goes Around” and “Hanging’ On” on his own, Checkerboard Records label!

“Michael Osborn is one of the most authentic blues guitarists around today. His style goes straight to the heart of the blues and he’ll steal your show if you don’t watch out!” ~ Robben Ford

Drums/Percussion
John has been a mainstay of the Portland/Eugene Blues scene for more than 20 years. He has backed Albert Collins, William Clarke, Bill Rhoades and even George Harrison! He is the heartbeat of the band!